Microsoft is Opening Up

Microsoft is making it’s products more widely available on other platforms and integrating with some up-and-comers out there. This is an exciting shift for Microsoft…one that CEO Satya Nadella has been talking about, but that most of us didn’t think would really happen. Looking at Microsoft’s shift, we can see how much the online world […]

Microsoft is making it’s products more widely available on other platforms and integrating with some up-and-comers out there. This is an exciting shift for Microsoft…one that CEO Satya Nadella has been talking about, but that most of us didn’t think would really happen. Looking at Microsoft’s shift, we can see how much the online world has changed and spot some key ideas that everyone has to accept.

Microsoft was Playing by Old Rules

Being massively successful with Windows and Office and not hurting for cash, Microsoft chose to spend the last few years pushing their own products for mobile, productivity and web development. Looking at things from a historical standpoint, this made sense: combine a (relatively) locked-in user base with a large marketing budget and some patience, and you’d expect to gain traction in almost any market you went after.

But while Microsoft was using it’s old playbook, companies like Google, Apple, Amazon (and Samsung & Facebook) were playing by a different set of rules.

Apple, Google and others chose to build ecosystems and software that was multi-OS and easily used across devices. Sure, you might be an Apple-fanatic, but you could still use ITunes on your PC at work. Likewise, Google didn’t need you to be on an Android device in order to use it’s products.

In addition to cross-device, cross-platform operability, companies like Facebook chose to leverage the work of their peers and forego both the OS and hardware games entirely. Instead, they focused on making sure their products (apps) were well-adapted to whatever ecosystem you wanted to play in. Going even further, Amazon decided to take advantage of Google’s Android work and create their own Android fork to run their Fire line of products.

Beyond operability, each of these companies also made a distinction between the distribution (the app or service) and the product. They all realized that getting and keeping users on their apps was the first priority, not immediately selling them something. With usage as the first priority, they offer these services free and then either use user data to monetize or offer upgrades/cross-sells to make money (ads, freemium products, digital subscriptions, in-game currencies).

Faced with a set of challengers willing to give away things that MS traditionally sold, the guys in Redmond found themselves with declining opportunities for growth. How could they become the application, framework or handset of choice for an increasingly mobile world when their business model precluded accepting mobile realities?

With their recent announcements Microsoft is showing that they get it. Closed systems and costly software doesn’t cut it when the end user in the consumer market wants their tools & toys wherever and whenever they choose.

Looking at 4 recent moves, we see Microsoft is willing to come to the web as partner (maybe peer) rather than as a delusional hegemon rival pining for the old days.

No matter how much I work with Google Docs or Open Office, I know that Microsoft Office is still the gold standard. You can complain about bloat or complexity, but you can do a lot more with Word, Excel and PowerPoint than you can with open source alternatives.

It’s no secret that Office remains the gold standard for office productivity software and it’s also something that we all have a basic level of comfort with. By upgrading the Office experiences on iOS and Android and making it free, Microsoft is accepting that the future for their user base isn’t necessarily on Windows Mobile.

Why Making Office for Everyone is a Smart Play

2 key things make this a great move for Microsoft:

Visual Studio for the Little Guys

The only places where I’ve seen Visual Studio used are hardcore .Net shops with developers trained on it. That’s just the way it is. With a relatively high price point and a very different workflow from other dev environments, you had to see Visual Studio as an investment — something you’d be using for a while and that would pay for itself over time.

With the creation of a Visual Studio option for small teams, Microsoft is changing the game in a big way.

Why Making Visual Studio Cheap is a Smart Play

It may not feel like it yet, but developers and engineers looking for a more robust set of tools are going to start using VS more and more. This is especially true for the global market where the Microsoft brand has a lot of trust. If you have the choice between a Microsoft solution for pennies and another .Net solution, then you are going with Microsoft. Imagine thousands (tens of thousands?) of new developers starting their careers with this tool and becoming accustomed to it’s power and feature set.

The key thing to think about here is mobile dev. You’ve got thousands of 1-man bands out there pumping out mobile applications and only a small sliver of them are using Microsoft products. As the mobile software space continues to grow, Microsoft has to get it’s tools into more hands or risk obsolescence. 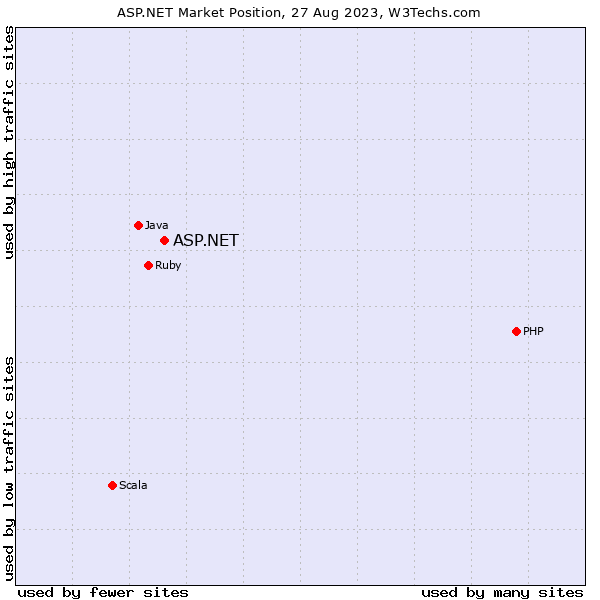 Microsoft started pushing it’s .Net infrastructure into GitHub a while ago, but it just decided to dive in and give almost everything you could need. Making its server and development tools and architecture available for Linux and OSx is like Toyota deciding to give Fiat pointers on factory production: you’ll immediately see improvements from the collab, but it will be even better after little guy adapts it to it’s culture.

Microsoft’s .Net tools have always been powerful and versatile, but they were also only available to the chosen few: enterprise clients, big application developers, and some consultancies that were committed to Microsoft. Now you can start putting them to good use wherever your heart leads you.

Why Making .Net Open Source(-ish) is a Smart Move

This is a bigger deal in terms of diplomacy than in terms of users or market share. Actively working with the Open Source community, creating a foundation and incorporating feedback from outside MS HQ helps Microsoft boost its profile and credibility within the developer community. We’ll see how this plays out over the long term, yet I can’t help but think they’ll get more value from improving their historically bad relationship with the open source community than the user growth in the foreseeable future.

Integrating with DropBox to Integrate with Everyone

The integration with DropBox may not seem as big a shift as other announcements, but to me its a declaration of a new mindset in Redmond. Microsoft has typically built integrations with large enterprise software companies (think SAP, Salesforce), but not been too enthusiastic about integrating with consumer-focused products. We can assume that a lot of negotiation and wrangling happened between the two companies, but getting DropBox built-in to Office means that a lot of small businesses and individual consumers won’t have to manage their documents and storage across solutions.

Why Integrating with DropBox is Smart Move

DropBox is a beast in the online storage space with ridiculous growth over the last year. If you are Microsoft, then you’d love to have these numbers. But if you can’t have them yourself, then you might as well piggy-back on them. Being able to say that you cleanly integrate with a major online storage provider may not seem that exciting, but it’s one more signal to users that you are down with the way the web works. I can’t say how many people are going to use Office because of the DropBox integration, but I will say that it removes a major advantage that many office apps had over Microsoft online products.

What’s Next for Microsoft?

Microsoft is showing it’s willingness to engage with the wider community of mobile operating systems, open source developers and fast-rising apps. We know this is driven by business needs, but it’s nice to see them opening up. For Microsoft, the next step is to see how successful they can be with this approach. We should expect a lot of cross-promotion and in-app marketing to push people toward payed options. At the same time, Microsoft will have to find a way to balance the need for revenue against the expectations of web users that have already found alternatives to many of their products.

I expect to see some big pushes around .Net and Visual Studio in the coming months. Beyond that, I’d keep an eye out for more integrations, especially things related to Skype.